When our youngest son was a small boy, he was drawn towards anything and everything do to with Egpyt. His obsession extended beyond Tutenkamen, the pyramids and the Sphynx, to scarabs, oxides, papyrus and hieroglyphics; amulets, astronomy, urns; farming equipment, irrigation systems, and the designs for boats destined to transport royal souls (still in their physical bodies, with accompanying entourage of servants, cats, birds... imagine that?) to the afterlife. At night, he would curl up in bed with an impressive collection of brass taps and garden sprinklers and his metre-long crocodile. (Each of our three children shared cots then beds with a soft croc., stitched together from fragments of off-beat fabric salvaged from their grandparents' childhood bedroom curtains and a pair of my old African-print Art School dungarees.)
One morning, when three years old, this little man climbed into bed, took my face between his chunky wee hands and said to me, 'Mummy, when you die, they are going to put you in a box. Do not worry. I will build you a shrine like Tutankamen's and I will put turquoises where your eyes are... '
Our older son and daughter held a similar fascination for Egypt, although not perhaps with quite the same single-mindedness. She was into lions, painting, writing, dressing up and unicorns. He was a tree-climbing, bike-riding little fireball, seldom in repose and almost always with a raw and scabby big toe. No sooner would it heal than he'd bump it on something and open it up again. Looking back at those early childhood photographs, that stubbed toe was a permanent feature for three or four years! He played hard and non-stop and when he climbed into his bed at night, he'd conk out in a curve - collection of precious stones under his pillow - and not stir again till morning. Sometimes, the boys and their sister would fall asleep mid-play in a bedroom fort they'd built and filled with lego creations, origami frogs and herds of stuffed animals.
On Thursday afternoons in Cape Town, the three of them would wait at the top of our driveway for Mr Sahlie, the Muslim fruit-seller and his cart horse to come down our street.
'... they know he will come. He'll spoil them
with a fistful of pomegranate, a slice of ice
green melon. Upside down, they wait
dangling limbs and rinds of chatter
from the purple crown of the jacaranda
tree. They swing from a sandpit sky
scuffed toes bare, swishing through a thick mirage
of air. Up at the gate, in the post-box shade
beach buckets brim with the horse's drink.
Ramadhan. And today is the boy's
sixth birthday... '
Where do the years go to? This is the common call, I know, but still - where do the years go to?
><
I'm reminiscing tonight because in three days' time, there'll be another set of parents in Dunedin orienting to the fact that their three adult offspring are no longer in town. They won't be in the house, next door or flatting down the road; they'll no longer be here to bump into on the city sidewalks or to meet up with for coffee. It could be a while before I get to bake them apple crumble, play scrabble with them, walk the beaches and ask them over to help me stack firewood. They won't be immediately on hand to enthuse about books, movies and music. And - for a time - there'll be no nineteen, twenty-one or twenty-three year old popping in for a meal and a talk. Who else will share an Emerson's Weissbier with me, drinking from the same bottle, knowing I can't hold much more than half? I have the fondest memories of sitting out on the front steps at nightfall chatting away and - confession - passive-smoking a roll-up with these three. (I don't smoke and wish they didn't, but we all know about 'phases' don't we, and we did have hysterics one night when they tried to teach me how to 'roll my own.' I was seriously useless.)
Anyway, the reason I've mentioned Egypt, Mr Sahlie, crocodiles, garden sprinklers and stones of the past is because of their surprising connection to the present. Life does that, don't you find? As does time. Both roll forward then back on themselves, get to work on blue-prints, patterns and purpose right from the word go - and there's something insistent and circular about it all... 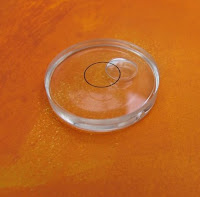 Our daughter is living in Wellington now and this coming Sunday, our two sons (the younger one has been at Uni in Budapest since January) will meet up with two friends in Egypt before embarking on a thoughtful - and no doubt challenging - trek through the Middle East; N. Lebanon, Syria, Jordan, Turkey. They've been working for many months to make this happen... My mother's heart twangs and pangs, flinches, has moments of awe, anxiety, apprehension and admiration - the full range of feelings. It also trusts that each one of us has his or her individual journey and it's imperative we honour the experiences we feel called to participate in. Of course they must do this.
In response to my comment 'Angels go with them, make them wise, keep them safe,' friend Penelope wrote, '... mm, that's a biggie, seeing another son off, and why not to Norfolk Island or Warrington? But, like the dragons we need, they need to go where their hearts tug them. Ouch, but they have angels, yes, and wisdom, as present there as here. '
So, yes, an opportunity's just up ahead to trust again the reality of presence in absence. When it comes to those you love, there's never any real distance to speak of.
Posted by Claire Beynon at 10:22 PM