Tunable Silver on My Father's Birthday

". . . And shall we leap the trees as light as birds?"
(from A Nest of Birds by Theodore Roethke) 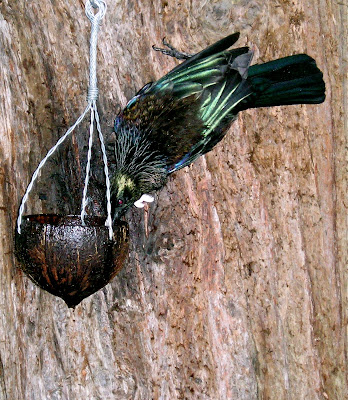 Tui - Parson's bird. Photograph: Doug Beynon.
Today is my father's seventy-ninth birthday. 79 is a grand number, I think.
Dad took this photograph of my resident tui sipping sugar water from the coconut chalice that hangs in my front garden. Not really someone wired to sit still for very long, Dad  demonstrates enormous patience out in nature, especially when it comes to birds. When he and Mum last came out to New Zealand, he would spend many happy hours (often with his camera at hand) sitting contentedly on the porch or out in the garden observing the antics of the native birds.
According to the ornithologist, W. H. Oliver, the bellbird was undoubtedly the chief performer in the chorus described by Joseph Banks when Captain Cook entered Queen Charlotte Sound during the first voyage of discovery. “I was awakened by the singing of the birds ashore, from whence we are distant not a quarter of a mile. Their numbers were certainly very great. They seemed to strain their throats with emulation, and made, perhaps, the most melodious wild music I have ever heard, almost imitating small bells, but with the most tunable silver imaginable. . .”
How perfectly Banks described the song of the bellbird - korimako - a small, spirited, olive-green treasure with an unforgettable voice. Each morning, when I open up the front door and head outside to feed the birds, the same little creature launches ebulliently into song. I reply with my raspy-by-comparison greeting. We've been doing this for a couple of years now; it's become so much a part of our daily ritual that he has graciously copy/pasted my paltry two note offering into his personal repertoire. Imagine that. . .  These days (and Dad, this little anecdote is especially for you), when I head out on my walks around the neighbourhood or down to the jetty, I call to him and he answers from the treetops. Oh, my heart. What  sweetness there is in this daily 'call and answer' conversation with this dear, listening bird. A daily miracle, really.
Mum and Dad loved waking to the bellbird's song while they were here; so I'm re-posting a short recording I made some time ago when the birds and I were still practicing our 'tunable silver' ritual. Dad, herewith your Happy Birthday anthem. . .
One last little ditty. . . Back home in the UK, my parents live in a home surrounded by orchards, hops farms and woodlands, so yes, their garden is year-round home to a large population of birds. This pheasant and his wife are regular visitors. Considering their very great age (ha - just teasing), my parents are actually pretty savvy when it comes to computers (Mum even has a laptop and Skype!) so it was no surprise when Dad named this handsome and audacious fellow Broadband?! Broadband, you ask? Yes - Broadband. Don't you just love it?! It hadn't occurred to me till now that Bluetooth might suit the pheasant's wife nicely. . . 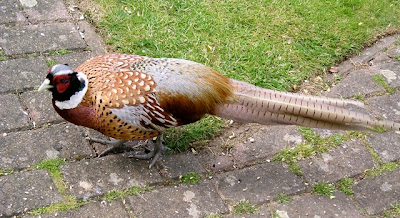 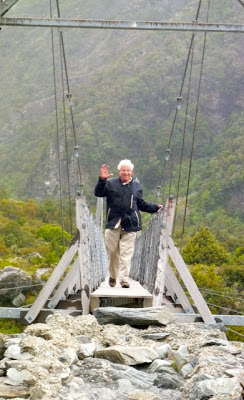 LET ME SAY IT STRAIGHT

You can't write a poem
if you can't feel your heart.

And I would argue
it isn't worth reading one
if your heart
is otherwise occupied.

I'm not saying a thing
about the state of the
vessel.

Bring it broken,
guarded or heavy.

Bring the yearning,
the ache,
the celebration.

It's beating under
everything
after all.

Don't allow the escape
to regions north of the neck.
That's too easy.
You've seen that vista before.

I'm begging you to travel
to the fiery center,
not suspend above it.

Let me say it straight.
I want the heart of the matter,
even if it means
a good bushwhack
through guarded
precarious terrain. 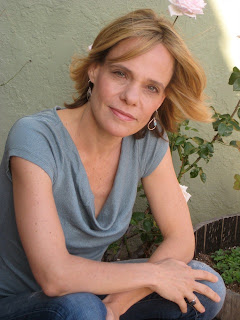 I had the great pleasure of meeting Heidi Rose Robbins in Mesa, Phoenix last month. Poet, esoteric astrologer, mother, group facilitator and actress-by-training, Heidi's beautifully-paced, full-hearted conference presentation revealed a no-nonsense woman of huge heart and considerable intellect. I found her and her way of being captivating - not only was she fascinating to listen to and talk with, but also to observe at work.
Words for Heidi are not small, bite-sized shapes that emanate from the mouth alone; rather, they are elements for creative expression that may - or may not - involve her whole body. She seems to me to be one of those rare individuals who is able to be still and in motion at one and the same time.
As regards today's poem, Heidi writes, 'Let Me Say It Straight was written one morning in Ojai, California. I'd just attempted to read a poem in an unnamed publication that was about as impossible to understand as they come. And I felt frustrated. Poetry has the capacity to blast the heart wide open and I felt like I was trying to solve a riddle whose ultimate answer wasn't going to be very satisfying anyway.
I was simply ready to cut through everything and sing of the power of poetry. I was ready to speak to everyone who had given up on poetry because it felt elitist or removed. I wanted to sing my love of poetry from the rooftops and invite everyone to bring their whole selves to steep in the beauty of the language of the heart. And - as I write in this poem - it doesn't matter how broken we feel or how crinkled our heart is. All we need do is arrive and allow our hearts to unfurl.'
Heidi describes herself as '. . . a woman who wishes to love more fully, presently and deeply.' She has a thriving astrology practice in Los Angeles, California with clients worldwide. She also offers Radiant Life Retreats for women that combine her love of astrology, poetry and movement. Her first book of poetry -
Sanctuary
- is now available. A one-hour talk on CD - with all the poetry and how it came into being - accompanies the book.

*
For more Tuesday Poems, please click on the quill. Therese Clear is this week's TP editor. She has chosen a spacious, compassionate poem titled Travelling at Night by fellow US poet, Kathryn Hunt. 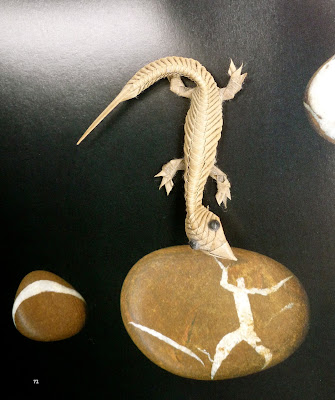 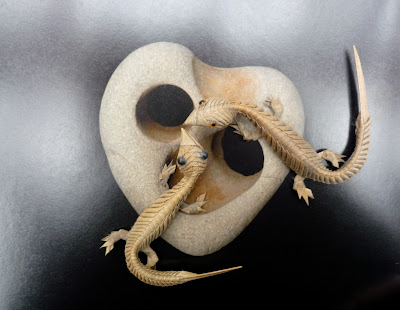 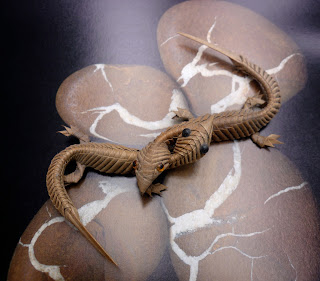 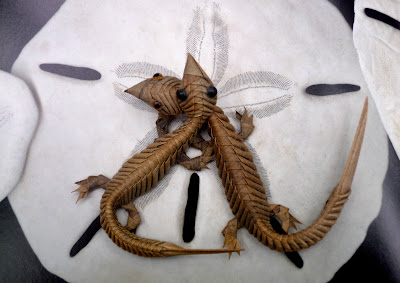 I had fun in the studio today - care to join in?


I invite you to create a narrative to accompany these critter-pics. . . one line - or word - per frame? Perhaps?
; ) 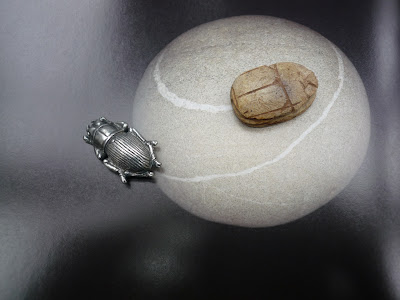 (via Penelope who posted this vid. on Facebook this morning. . . thanks, Pen.)
An exciting new short story collection - Slightly Peculiar Love Stories - is taking shape over at Rosa Mira Books. Penelope will be posting tantalizing teasers from contributing writers in anticipation of the book's launch in early June. First to speak is TP poet, Tim Jones, whose post on RMB begins 'So, I'm a straight Kiwi male who's written a lesbian love story that is appearing in an anthology called Slightly Peculiar Love Stories. And, a week or so ago, I was the only man (as far as I know) taking part in an online book chat about romance. . . '

Email ThisBlogThis!Share to TwitterShare to FacebookShare to Pinterest
Labels: Take care of the little things


In October 2008, I was one of ten artists invited to participate in the Caselberg Trust's inaugural Breaksea Girl Residency. Our group of painters, poets, a jeweler, a filmmaker and a composer spent six days and nights on board the conservation yacht, the Breaksea Girl, exploring the dark and dramatic waterways of Western Fiordland.

Before setting sail from Dusky Sound, our Captain Lance suggested that should any one of us feel a need for space, we should speak up and he would drop us off on a convenient rock for as long as might be deemed necessary. 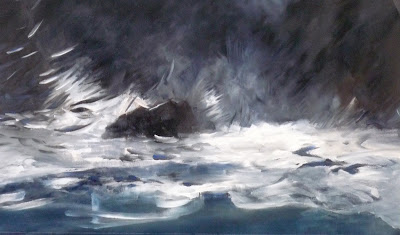 This unsteady place of black water and red kelp insists
we lay down our tools and listen.

From where I stand, spine to the rope, I catch her
in the act – eyes closed, head back – undisturbed by silence
or squall, the sharp/flat cadences of weather.

She’s with us on the Breaksea Girl, but music
is her separate boat.

See how her face is wet
with notes, her throat a waiting bird.
Taonga Puoro surge in her chest like waterfalls.

How strange I should remember here a line I read
long, long ago; bees in Mykanos hum in a minor chord.

Here, the scale is unpredictable, the thrum
that of a sailor’s cap, an incidental island,
a glissando of salt scattering the shadows of dark-bellied fish.

We sail through contrapuntal seas -
our private charts, our common geography.

Ten artists, yes, and at least as many rocks. But
in this unsteady place of black water and red kelp
we do as we must. We lay down our tools and listen.


*"Taonga Puoro are the musical instruments of the Maori people of Aotearoa, New Zealand. The name Taonga Puoro means 'singing treasures' and denotes how highly the instruments are valued, both for the beauty of the sound, the instrument itself and the story of the Taonga. There are many different types of Taonga Puoro, from shell trumpets, to unique types of flutes, spun instruments and bird callers. All instruments are seen as individuals as they have their own unique voice and decoration. They are grouped into families according to how they were created in the ancestral past. These stories are shared through the sounds of the Taonga and the carvings on them. There are many different uses for Taonga Puoro, from open entertainment to sacred ritual use. In either context, when played, they somehow transmit an appreciation for the spiritual dimensions from which they come. . . "

If you would like to learn more about Taonga Puoro - and to see and hear them, click here.


For more Tuesday Poems, please click on the quill. This week's editor is TP curator Mary McCallum with the poem 'Home to You' by Michele Amas