TUESDAY POEM | Meditation on a Grapefruit by Craig Arnold

To wake when all is possible
before the agitations of the day
have gripped you
To come to the kitchen
and peel a little basketball
for breakfast
To tear the husk
like cotton padding      a cloud of oil
misting out of its pinprick pores
clean and sharp as pepper
To ease
each pale pink section out of its case
so carefully      without breaking
a single pearly cell
To slide each piece
into a cold blue china bowl
the juice pooling      until the whole
fruit is divided from its skin
and only then to eat
so sweet
a discipline
precisely pointless      a devout
involvement of the hands and senses
a pause   a little emptiness
each year harder to live within
each year harder to live without. 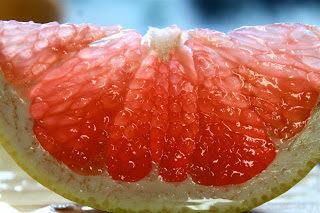 As an echo to Craig Arnold's Meditation on a Grapefruit, with its invitation - as I read it - to consider the sacred in the mundane details of our daily lives, I'm posting a poem I wrote for my son, Daniel, when he was a wee lad. . . During my pregnancy with Daniel, I had a craving for any and all things citrus. He was born, it seemed, with a beyond-his-tender-years predisposition for ruby grapefruit. (I'd devoured them by the bushel when he was in utero. Bless him. Daniel is now 26, living and working in Wellington; all three of my children are living in the same city at the moment, which is wonderful. I'm immersed in the studio these days, preparing - amongst other things -  for two (imminent) group shows. Just as soon as work for these is complete, I'll be flying up to the N. Island to share the Wellington spring and enjoy an unhurried, uncluttered week with them. . . Can you believe we're already on the edge of November?)

He has two wishes for his sixth
birthday; a pocket of ruby grapefruit
and a citrus knife with a bend in it.

It is the Fast of Ramadan  - the twenty-eight day
in - and the weather shows no consideration.
Flies and an irreverent heat
nudge Mr. Salie the fruit seller
and his carthorse up the street.

The children are waiting. They know
he will come. He will spoil them
with a fistful of pomegranate, a slice of ice
green melon. Upside down they wait
dangling limbs and rinds of chatter
from the purple crown of a jacaranda
tree. They swing from a sandpit sky
scuffed toes bare, swishing through
a thick mirage of air.

Up at the gate, in the postbox shade
beach buckets brim with the horse's drink.

Ramadan. And today is my boy's
sixth birthday. He drops to the ground
with a ripe fruit sound, runs
pelter, pelter down the street.
There's a horse, a cart and an old man
to meet.

Of course he's remembered. He whistles
and grins, heaves the grapefruit down.
Next week - they agree - when the Fast
is complete, they will sit on the pavement
enjoy a pink feast.

This week's editor on the Tuesday Poem hub is Seattle-based poet and artist, T. Clear
with Hey Columbus!
by Thomas Hubbard.

T. writes,"A mixed-blood, of (probably) Cherokee, Miami, Irish and English ancestry, the American poet Thomas Hubbard grew up among factory workers in the 1950's. A teacher of writing and other subjects, he has worked also as a carpenter, blues musician and freelance writer. He won the Seattle's Grand Slam in 1995, and since has written three chapbooks, Nail and Other Hardworking Poems, Junkyard Dogz, and Injunz." Great stuff.


*All this talk about grapefruit makes me want to bake these --- http://www.dessertnowdinnerlater.com/2012/02/ruby-red-grapefruit-bars.html 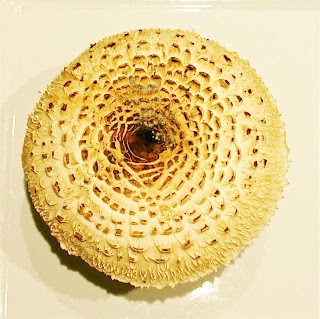 Our toes, our noses
Take hold on the loam,
Acquire the air.

Nobody sees us,
Stops us, betrays us;
The small grains make room.

Soft fists insist on
Heaving the needles,
The leafy bedding,

Even the paving.
Our hammers, our rams,
Earless and eyeless,

Perfectly voiceless,
Widen the crannies,
Shoulder through holes. We

Diet on water,
On crumbs of shadow,
Bland-mannered, asking

We are shelves, we are
Tables, we are meek,
We are edible,

Nudgers and shovers
In spite of ourselves.
Our kind multiplies:

We shall by morning
Inherit the earth.
Our foot's in the door. 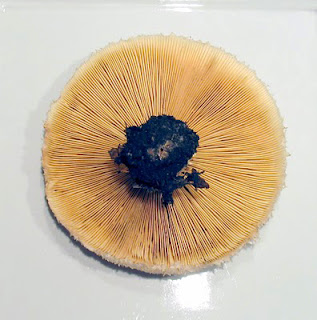 ". . .  In the mid 90s I wrote a sequence of poems prompted by the Commentaries of the I Ching. In this case (Thoughts of the Father), I wrote in response to Ku, the 18th hexagram. Above the poem, as epigraph, I have quoted those selections from the commentary that struck me most closely - " 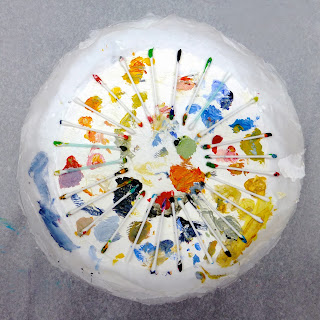 Rethabile Masilo stepped up at short notice as this week's unscheduled editor on the TP hub. He has chosen Johannesburg-based poet Michelle McGrane's sensual and inviting poem (a potent counterpoise to the complex reality of sexual abuse)  If You Are Lucky. . .

Posted by Claire Beynon at 12:01 AM No comments: 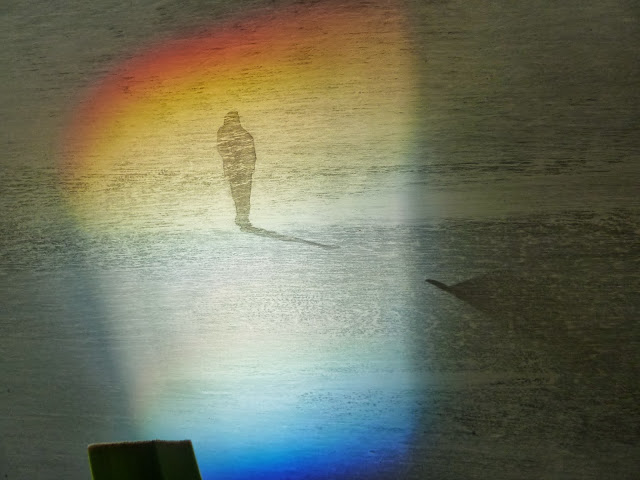 My friend Katherine emailed this photograph of light striking one of my paintings 10 713.4km away, on the other side of the world. . .

If the speed of light = 299 792 458 miles - or 482 469 194 kilometres - per second,  how long would it take light to travel the distance between Cape Town and Dunedin? (It's late. I will have to wait till morning before attempting this sum - unless there's someone out there willing to give it a go?). 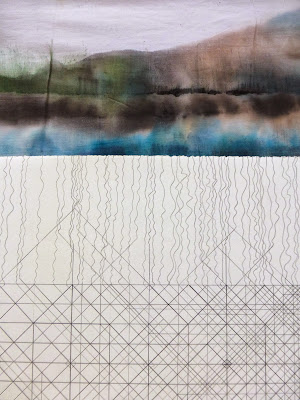 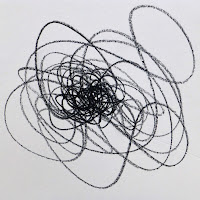 Fellow Tuesday Poet, Michelle Elvy writes a monthly column for the NY-based online publication Awkword Paper Cut (Founding Editor, writer, musician & filmmaker, Michael Dickes) and this month invited contributions from writer and dancer, Beate Sigriddaughter (New Mexico), writer-musician, Sheldon Lee Compton (Eastern Kentucky) and me (Dunedin, NZ). In her introduction to this piece, Michelle wrote, ". . . As a writer and sailor, I manage what I can and embrace the mystery of not knowing the beginning, middle and end. The balance between these two elements – what I know and what I don’t know – keeps me on an even keel. . . " Please click on the link below to read How Wind, Dance, Song and Colour Mystify and Delight -


Thank you, Michelle and Michael.

This week's editor on the Tuesday Poem hub is Kathleen Jones with If We Could Speak Like Wolves by Kim Moore - a second airing, which is great for those who did not get to read Kim's poem and Kathleen's accompanying commentary last week.