Last night, whilst tidying up after supper, our grater and the patterns it cast onto the metal surface beside the sink got me thinking of Emily Dickinson and - perhaps not entirely surprisingly - the relationship between illusion and truth.


Do you find yourself as captivated by the spaces and shapes in and around an object, as you are by the object itself? I do. Do you appreciate the rests between musical notes as much as the notes themselves? Yes, me too. I love the way a scent, sound or object interacts with its environment and as it does so becomes an expression of more than itself, more than its source or initial appearance. It gathers influences and the presence of 'significant others' along the way; is seduced or repelled by this, that or the next thing. . . Our grater, for instance, was elevated by light, shadow, rhythm, perforations and pattern and defined just as much by each of those elements as it was by its pyramidal steel framework, parmesan shavings and clunky black plastic feet.


I recall a conversation I had on the subject of truth and illusion with an older male friend - a poet - some years ago. He tended to equate illusion with deception and lies. (I disagreed.) Afterwards, he wrote to me, 'A lie is a truth also' and then he went on to suggest that 'every truth was once a lie.' Hmm. I'm not so sure. But this is territory for the bold and I'm far from being a bold creature at the moment, so I'm going to drape these ideas over the back of the chair and allow them to dangle there a while. If you feel prompted to to pick one up and turn it around, please do. As for me? I'm going to stick to my grater. . . (Ha ha. Wouldn't that be funny?)

Would we recognize a grater 'just' from the way light and shadow tease the eye, distorting, dissolving and courting its form whilst at the same time abandoning it? I find it thrilling that risking a more deliberate glance into the crazy funnel/black-hole vortex/empty belly of this humble everyday object, we happen upon all manner of unexpected things. . . an alphabet of ancient symbols, a dying star, a base-jumper's paradise, a city of holographic skyscrapers, a sheer rock face awaiting pick-axe and cleats, a flimsy biplane dodging lightening in a thunderstorm? 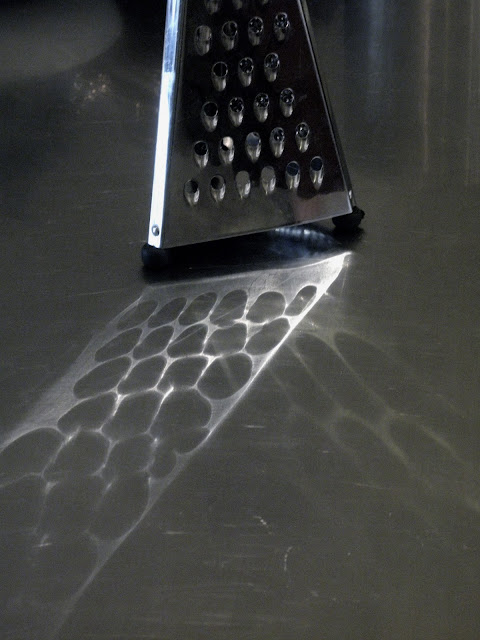 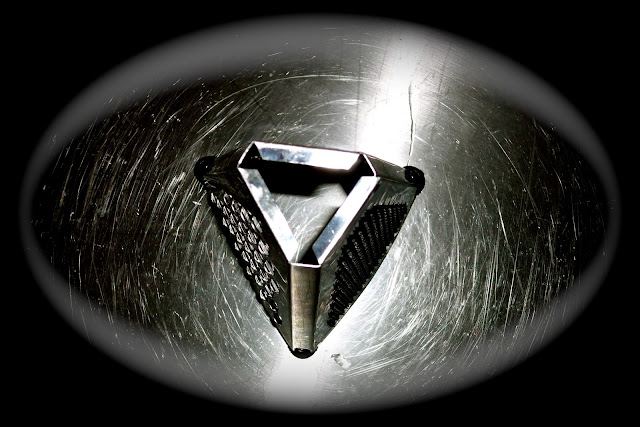 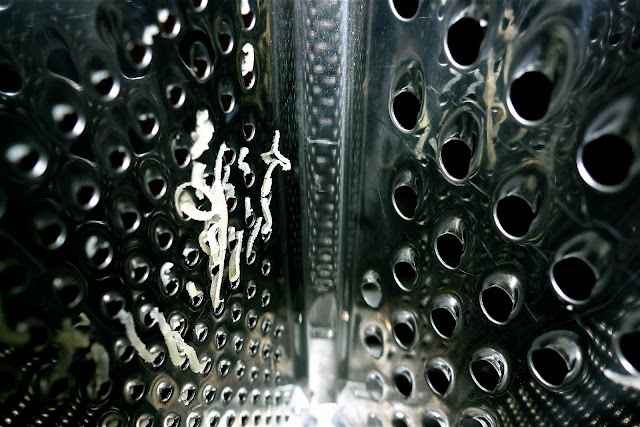 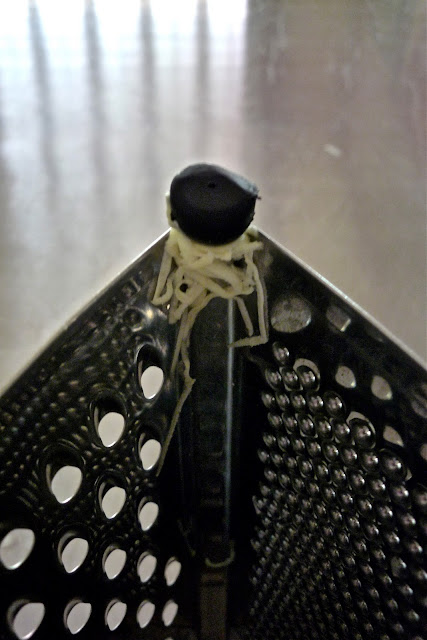 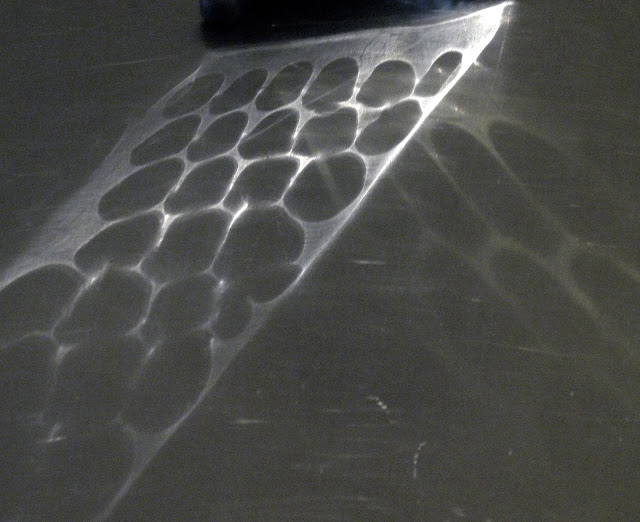 For more Tuesday Poems, please click on the quill.
This week's editor is Orchid Tierney with pidgin peace meal by Iain Britton.

I'm heading away for a couple of days - a certain old mud house is in need of bit of time and TLC. Home Thursday. . . ish.

Posted by Claire Beynon at 2:00 AM