Tuesday Poem - The Conjugation of the Paramecium by Muriel Rukeyser


(and this species
is very small
next in order to
the amoeba, the beginning one)


The paramecium
achieves, then,
immortality
by dividing


The paramecium
lies down beside
another paramecium


for some bits
of the nucleus
of the other


This is called
the conjugation of the paramecium.
Muriel Rukeyser 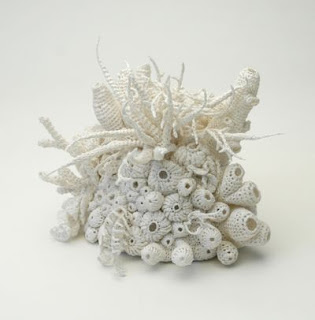 
Whilst on the subject of sea creatures, please follow the links below. . . Helle Jorgensen is a master in the art of crocheting what most of us would consider the impossibly complex. . . 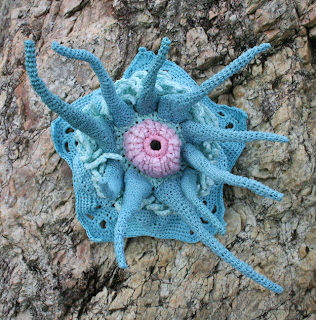 For more Tuesday Poems, please clink (I mean, click) on the quill. Janis Freegard is this week's editor on the TP hub with Vivienne Plumb's prose poem 128 Abel Street.

Posted by Claire Beynon at 6:33 AM

Email ThisBlogThis!Share to TwitterShare to FacebookShare to Pinterest
Labels: Helle Jorgensen, Muriel Rukeyser, The Conjugation of the Paramecium, Tuesday Poem