It's hard to believe it's been almost a month since the last time I posted anything here. How have you been? Where have the weeks gone? Where did I disappear to? And why the prolonged silence? I both have and don't have answers to these questions. It's been an adventurous few weeks; life's felt lighter and more weighty, higher and more resonant than it has in a while. Before I left home for Phoenix, I took this photograph of the rickety little pier that's at the bottom of 'my' hill. Each time I step from the shore to the pier and walk along to its furthest edge, I marvel that it's still standing! I more-or-less take it for granted that someone with 'harbour authority' has been appointed to keep an eye on it, but every so often wonder whether the day will come when the spindly jetty might give way with a quiet sigh. . . Swimming to shore would hardly be a marathon - cold, but shallow waters. And so far so good!

I really wanted to upload this pic before I left; to have it here as a kind of 'placeholder' just in case my computer and I ended up spending more time apart than together while I was traveling - which is exactly what happened. (I've felt remiss about not saying something to explain my unanticipated absence. . .)

I arrived back in Dunedin yesterday afternoon; haven't unpacked my suitcase yet, let alone cast a glance in the direction of the stories accumulated during this time. A lot of ocean, air and ground has been crossed since 26 April. In Phoenix, I was immersed, enchanted, humbled, emboldened,  challenged, dazzled and grateful for the 'much' and 'more' of that time. And now, I am about to fall asleep - my body and brain have no idea what day it is, less alone what hour; all I know is that when sleep beckons, there's no option but to follow.

I'm sorry for being such an errant and off-the-wires band member lately. I'll be out and about, making the rounds, soon. Meantime, thanks for your ongoing presence and patience. . . 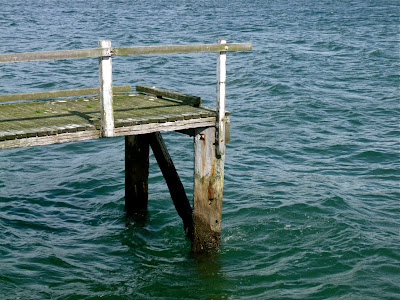 Posted by Claire Beynon at 8:34 PM