The Caselberg Charitable Trust runs a residence for writers and artists at Broad Bay, Dunedin. The Trust has organised a variety of collaborative artistic events since its establishment in 2006, including the Fiordland Wilderness Residency in 2007, and, most recently, ‘A New Line’, in which 8 poets and 8 jewellers presented work inspired by each other’s disciplines.
The Inaugural International Poetry Prize competition will be judged blind by the distinguished poet Bernadette Hall. First Prize will be $500, Second Prize $250, and there will also be 5 Highly-Commended awards (with no monetary prizes).
Submission deadline is 31 January 2011.
The first- and second-placed poems will be published in the May 2011 issue of Landfall, and all winning and highly-commended entries published on the Caselberg Trust web-site (copyright remains with the authors).
For the Conditions and Entry Form, please go to http://www.caselbergtrust.org/ 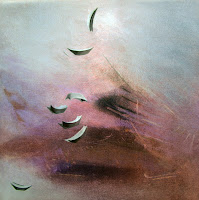 Posted by Claire Beynon at 7:02 PM