A bit of musing about work things today. This follows on from an interesting 'comments' conversation I had with Aquarian Aye and Bluemoon the other day. Aq. Aye suggested my work might be moving into a whole new territory. 'Well', I said, 'it is and it isn't.'

'I suspected this plumbs & bobs work might come across as new, but actually, it's almost as old as my oldest work is. I think we tend to visit and revisit the same themes over years, turning them over and around and exploring them from this way and that. The notion of balance and of integrating 'apparent opposites' has been one such preoccupation; certainly, this was probably more overtly so in my earlier work (1980s & 90s back when I was living in S.Africa), so I do understand where you're coming from.

I feel as though I'm looping back, netting the past and reeling it into the present, interpreting those old ideas in a whole new way. This is about the fourth series I've made using plumbs, plummets or plumb lines. The bubbles are new, though - and I have to say that as objects, the glass vials with their enigmatic bubbles thrill me...' 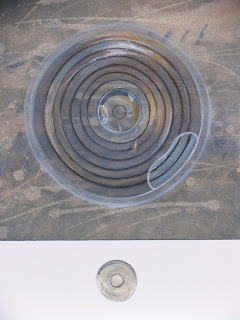 Is this the way of most - or all - creative processes? I wonder - do you also find you keep returning to the same themes, trying each time to come up with a new slant on the old familiar internal dialogues and external attractions (and distractions)?

I don't imagine I'll ever tire of 'listening in' to these dynamics. In the end, so much seems to boil down to the generative tension between masculine and feminine energies, between intuition and reason, knowledge and mystery (each one as elusive as the other), the material and the spiritual, the physical and the metaphysical, the scientific and the esoteric, the concrete and conceptual, ideas opaque and transparent, weighty and weightless... There's more material here than one could possibly work one's way to the end of, besides which they're notions relevant to every available situation, whether political, domestic, philosophical, relational, environmental, etc, etc... We inhabit a world that is endlessly surprising; it can be puzzling and glorious, tangible and intangible, stirring and confounding, shocking and soothing - and all of this is in continual motion, taking its place side by side by side...

Once up on a time (oh, naive and susceptible Claire), I confess I considered Walt Whitman's Song of Myself a precociously male, ego-driven, self-indulgent monologue. Now, I understand better his preoccupation with his many, diverse 'parts' and admire his capacity not only to name and acknowledge them all, but also to celebrate them and the complex, sometimes contradictory relationships between them - and, too, between them and the outside world. I think what he's saying is that 'all is welcome here' - not in a way that speaks of blind permissiveness or lack of compassion towards others - but rather in the manner of needing to come to grips with our personal toolbox as best we can, and to then find ways to work effectively with the sharp and smooth potentials we find in there.

Rumi suggested the same when he wrote -

This being human is a guest house.
Every morning a new arrival.

A joy, a depression, a meanness,
some momentary awareness comes
as an unexpected visitor.

Welcome and entertain them all!
Even if they're a crowd of sorrows,
who violently sweep your house
empty of its furniture,
still, treat each guest honourably.
He may be clearing you out
for some new delight.

The dark thought, the shame, the malice,
meet them all at the door laughing,
and invite them in... 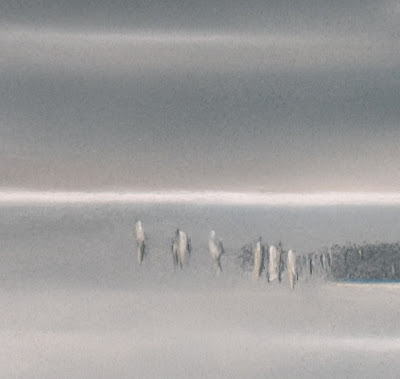 I no longer hear him as arrogant; I hear him as honest - humble, even. I owe him an apology; something tells me he was a person who knew what he was talking about.

Posted by Claire Beynon at 1:24 PM