I was struck by the crisp originality of Rachel van Blankenship's writing from the moment I first encountered it. As tends to happen out here in the blogosphere, Rachel and I met by chance (or magical intention?) on several mutual friends' blogs - Rebecca Loudon's (Radish King), Angella Lister's, Melissa Green's and Marylinn Kelly's. Rachel's comments were consistently exacting, lyrical, empathic and distinct; they carried the succinctness and musicality of poetry. Let's just say I 'heard' her voice long before I actually heard her voice? The obvious thing to do was to follow the trail that led to her blog. I was wowed and have been a regular reader ever since.

It was no surprise to discover that Rachel is not only a poet and artist, but a singer, too. As I mentioned in last week's Tuesday Poem post, we had the great pleasure of meeting last month and of spending 'real' time together in Phoenix, her new home town. (I've just realised it was exactly a month ago today, Rachel. Happy synchronicity.) So, yes, on Sunday 14 April, Rachel and I spent a good many hours walking and talking our way through our separate stories and histories at the Phoenix Botanical Gardens - an altogether other-worldly place. The following afternoon, we met up again and during the hour and a half or so we had available to us (I had to catch a shuttle to the airport and she and her partner Pat were meeting up for a rare Monday evening concert), Rachel agreed to my making a recording of her reading a poem she had completed the night before - Slack Tide. And here it is today in another iteration.

There's something about Rachel's poetry that 'escapes the page'. Her words break free of tethers to occupy an independent, aural - airborne - space. 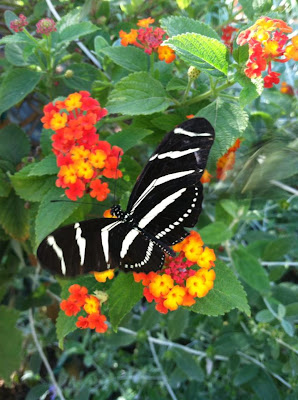 "She believed in the power of art, not only its beauty and necessity but also the real, raw, actual power of it. She agitated for poetry 'as living language, the core of every language, something that is still spoken, aloud or in the mind, muttered in secret, subversive, reaching around corners, crumpled into a pocket, performed to a community, read aloud to the dying, recited by heart, scratched or sprayed on a wall. That kind of language.'

And she wrote that kind of language. From the heart and the mind. From the gut and the crotch. She pulled us into the deep waters of her own darkest reckoning and made us understand that the reckoning was ours too. The ferocity of her vision was matched only by the tenderness at its root. . . " from Adrienne Rich's Kind of Language by Cheryl Strayed (NY Times)

'The ferocity of her vision was matched only by the tenderness at its root. . .' She's writing here about you, too, Rach.

This week's editor on the TP hub is Andrew M. Bell
with Sonnet for a Hunter
by Marisa Cappetta

Andrew writes, "Sonnet for a Hunter holds a special appeal since I lived in Western Australia for eight years. The images speak to me. I must confess that I don't entirely understand the poem, but I enjoy the ambiguity. Is the "he" of the poem a man or an animal? Does it matter? The couplet sand coloured luckless/bundles, quivers of musk is a striking image of a helpless ensnared rabbit and the final line locates it succinctly in the arid landscape of inland Australia. . . "

It's Tuesday. You know where to go, what to do.

Posted by Claire Beynon at 9:22 PM