There's a hippopotamus in the room
more awkward than an elephant.
It scans the perimeters, paws the carpet;
the eyes narrow, threaten. Conversation
in low-backed cushioned chairs
slides sideways, stumbles
hides those nutrients delectable to the beast.
Disappointed, the quadruped moves on.
The room relaxes; a giraffe appears
lithe, with liquid eyes.
There is laughter; drinks are served;
focus becomes oblique.
Watered well, talk is careless
doesn't notice the grass grow higher
a crocodile
climb out of the river. 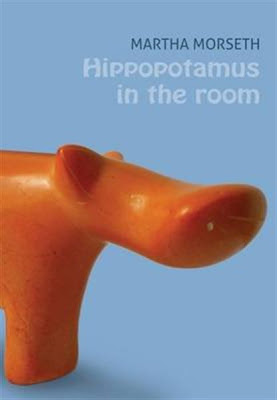 Hippopotamus in the room (love the title!) was published by Steele Roberts Ltd and is Martha Morseth's second collection of poems. Martha and I have been in the same writing group in Dunedin for about a decade and a half and I was really sorry to be away from home at the time she launched her Hippopotamus. I am neither a funny nor witty nor wry person - attributes Martha has in abundance. She has a way of approaching serious, uncomfortable subjects from a wholly original vantage point, combining clarity and insight with acerbic humour and compassion. She can be sharp-tongued without showing the faintest hint of malice or unkindness.

Martha was born in the United States and immigrated to Dunedin in 1972. She taught high school English until 1999. Her poems and stories have been published in literary and popular magazines and anthologies. The first collection of her poems, Staying Inside the Lines, was released in 2002. Together with four other poets - Kay Mackenzie-Cooke, Jenny Powell, Sue Wootton and Claire Beynon - Martha founded the Dunedin open mic series, Upfront---spotlighting women poets. She has written three books for teenagers, published by Pearson: two short story collections --- Yeah! and EDGE/a cut of unreal; and a book of one-act plays --- Let’s Hear it for the Winner! Three of her one-act plays were produced for Otago University’s 2003 Gay Pride week, and a full-length play, The Trials and Tribulations of Emily, based on New Zealand’s first woman doctor, was produced in 2007. Two of her stories have been on Radio New Zealand.

and of Hippopotamus in the room, Elizabeth Smither has this to say --- ". . . Parallel worlds, one cool and one wild. I love the way you toggle between silence and sound/conversation and doubt/plainness and density/control and sudden rushes of action and feeling. . . "

August is NZ poet Janet Frame's birthday month.  Gorse is Not People (Penguin) will be launched in Dunedin this coming Wednesday, 15 August from 6.00PM in the University Book Shop. "This brand new collection of 28 short stories by Janet Frame spans the length of her career and contains some of the best she wrote. None of these stories has been published in a collection before and more than half are being published for the first time." RSVP - ubs@unibooks.co.nz 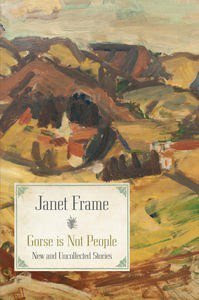 Martha's poem Remembering Janet Frame concludes with what I think might be my favourite stand-alone line in Hippopotamus in the room. It says as much about Martha as it does about Janet.


I haven't far to walk
to imagine you still living on Evans Street
passing near Frame Street on your way
to the Botanical Garden for the Sunday afternoon
brass band concert, then wandering
to the aviary to talk to the kea
the one you wrote about
the one that learned to walk upside down.

The tui in my garden are not so clever
but manage to stand on their heads
when they siphon nectar from the kowhai blossoms.

There's a lunar eclipse tonight, on your birthday.
How like you to unsettle us all so quietly.

Posted by Claire Beynon at 7:54 AM